Created by leading integrated technology company InfoMotion, the 94Fifty basketball is the world's first smart sensor basketball. Within the ball's common aesthetics lie nine individual pressure sensors, a Bluetooth chip and an eight-hour wirelessly-rechargeable battery. The specific positioning of these sensors provides a 360-degree perspective on the forces applied to the ball, allowing all ball contact to be extensively monitored.
Why the Bluetooth? The basketball wirelessly connects to the 94Fifty app, available for free on Apple, Android and even Google Glass, instantly providing real-time feedback from data collected by the basketball's sensors. A 30m Bluetooth range enables connection from anywhere on the court, with data transmitted in less than 100 milliseconds.
The 94Fifty smart basketball and app focus predominantly on the improvement of technique in relation to ball-handling and shooting. Four key aspects of these elements are tracked by the 94Fifty - shooting arc, shot release and speed, shot backspin, and dribbling power and speed. Not only are weaknesses in technique recognised, data sent from the ball to the app also allows for analysis of these weaknesses, and suggestions for further improvement. Each skill can be improved individually, and then combined to create the perfect basketball game. The learning of skills relies on repetition and muscle memory rather than athletic prowess, opening the use of the app and basketball to almost anyone who enjoys basketball.
The app can be customised with up to four separate accounts for players, as well as a fifth guest account. The inclusion of such a range enables comparison of a user's skill improvement to that of their friends, rather than relying on individual statistics alone. If playing by oneself, audio analysis can be switched on, so that tips are repeated orally to the player to avoid the player having to check their phone after every shot.
Also on the app, as well as the basketball's website, are links to videos from famous coaches, instructing viewers on how to achieve perfect technique in various forms of the game. As well as feeling professional by being coached by the best in the business, this integration also enables users to fine-tune aspects of the technique they found difficult to understand, through visual communication of what must be done to achieve mastery of the skill.
Due to the sophisticated nature of the 94Fifty's internal sensors, and the rapid advancement of technological knowledge today, InfoMotion are constantly updating the software of both the 94Fifty ball and app. Whilst updating mobile apps is common knowledge with so much reliance on technology today, the 94Fifty is the world's first basketball with a requirement of updating. The immediate response to a basketball update would be to buy a new basketball, however at the 94Fifty's price this is rather unreasonable. To overcome this issue, InfoMotion enabled the updating of the basketball's sensors through Bluetooth, so that all updates are done quickly and wirelessly.
The technological aspects of the 94Fifty are specifically designed for use in training, rather than a game situation. The physical ball design allows it to be used in any circumstance, however full benefit from the ball's data analysis capabilities is obtained through individual training use.
In Australia, the 94Fifty basketball is available for $295. Though this amount is at least a six-fold increase in cost from most standard basketballs, countless reviews have heralded this cost as well and truly worth the benefits of the ball. It is said the improvements in technique created by use of the 94Fifty are such that they can only be equalled by a frequent private coach, the costs of which far outweigh that out of the smart sensor basketball. Similarly, the electronics within the ball are tested to withstand at least half a million bounces, resulting in a significant lifespan well worth the cost. 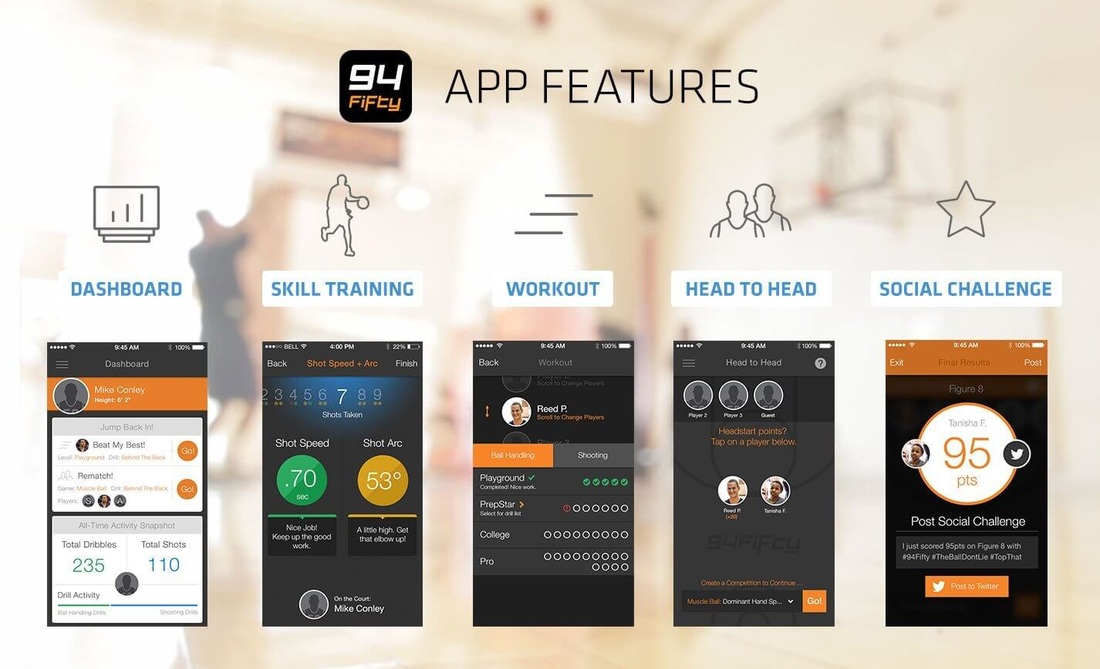 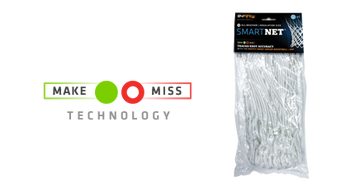 One of the few reported downsides of the 94Fifty app is the manual entering of shot accuracy - the number of successful shots compared to those missed. However, this problem is eliminated with the combination of the 94Fifty smart sensor basketball and the SmartNet. Sensors embedded within the fabric of the net detect the passing of the ball through the hoop, immediately transmitting to the mobile app whether a shot has been successful or missed. This technology, known as MakeMiss, removes the issue of manually entering shots, further increasing the 94Fifty's technological capabilities.
Powered by